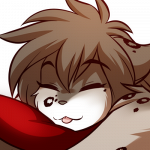 Hi, welcome to Twokinds Wiki! Thanks for your edit to the Keiren page.

Thanks for creating that page before I got to it. I'm working on quite alot to put on here, so if you see something I've done that needs improved/fixed, let me know.SuperGilligan93 (talk) 20:34, July 15, 2016 (UTC)

I've made a pronunciation guide, and I've got a lot going on that I'm planning on for updating the wiki. If you can review the Pronuncaiation Guide and make any appropriate edits or provide feedback that would be great. SuperGilligan93 (talk) 23:13, July 15, 2016 (UTC)

I don't know if you're an Admin, but I've got some templates I unsuccessfully ported from Wikipedia that I want to delete.

Sorry About The Code on Roselyn Edit

I guess I got over excited working on my "Appearances Template"

Luckily, that makes it somewhat easier to create the appearances pages.

I'll be going through the character lists later adding these to articles, first creating a separate template box like what you just did to put in, instead.

Thanks for the page format edit with Red.

As a thought, I've been thinking the wiki could probably use a layout guide, especially for character articles similar to what they have over on Wookieepedia, but I'm not sure if it needs to be a discussion item for the TK wiki community first. I'll probably post this on the Admin's talk page as well, but in the mean time, what do you think? SuperGilligan93 (talk) 06:55, July 27, 2016 (UTC)

RE: Standardizing
I think that formatting it in the following order along with the option to leave certain sections out (E.G. Equipment/Personal Effects for Vehra, because she doesn't have any notable equipment) should work pretty well, and that if we keep use of the Appearances Template but at the end of articles (I'll need to mod it for collapsible tables but that won't be hard) it will probably work out fine.
Proposed Layout:
P.S. I didn't realize how late it is, I guess I'll see what you say in the morning. I'll create a Layout Guide "Project page" tomorrow that we can work on together.
SuperGilligan93 (talk) 07:27, July 27, 2016 (UTC)
Thanks for the Edits tonight. I've been debating moving Raine to her full name for some time, and those other edits have been helpful (I guess I'm still learning wikicode). Have a good night Skipper. SuperGilligan93 (talk) 05:55, August 2, 2016 (UTC)

I'm still alive if that's what you mean. A lot of crap has hit the fan for me lately, which is why I haven't done anything for so long. What's wrong with the infoboxes? I'll try to spot what you mean in the mean time though.SuperGilligan93 (talk) 18:54, November 30, 2016 (UTC)

I can't see that issue on Desktop. As far as I'm aware, we can't control size of infobox images for Mobile, Is Mobile where you're seeing the issue. If not can you use a filesharing service like Empirebox or something to share a screenshot of what you're seeing and get me a link? That way I can see what's wrong and try to fix it.SuperGilligan93 (talk) 21:27, November 30, 2016 (UTC)

Correction, I think I see what you mean now. I "tried" to look at all of them in infoboxpreview.appspot.com and the images seem a bit small. This is due to the CSS coding that manages the look of the Infobox. If an image is larger that 200 tall or 300 wide, it constricts those dimensions, if it's smaller, it stays smaller. I can request that we set a default height of 250 or 300 if you would like, based on my experimentation that should fix it. SuperGilligan93 (talk) 00:02, December 1, 2016 (UTC)

Scratch that, it looked wrong because I was looking at it on my phone. Looking at it on my mac at work, it seems to be normal (haven't tried a pc yet though). Screenshots of the issue and/or info like the web browser (Chrome, Internet Explorer, Firefox, Safari) and OS (Mac, PC, Android, iOS) being used would be very beneficial in my investigation regarding why it looks small to you. SuperGilligan93 (talk) 02:19, December 1, 2016 (UTC)

Found a solution and proposed it at MediaWiki_talk:Wikia.css. If you want to test drive it, or any CSS code you make, you can create User:Argorrath/common.css and add the code there. SuperGilligan93 (talk) 00:16, December 3, 2016 (UTC)
CaduRyaq already fixed it. go on and check, let me know if it's fixed now. SuperGilligan93 (talk) 00:56, December 3, 2016 (UTC)

Retrieved from "https://twokinds.fandom.com/wiki/User_talk:Argorrath?oldid=8367"
Community content is available under CC-BY-SA unless otherwise noted.